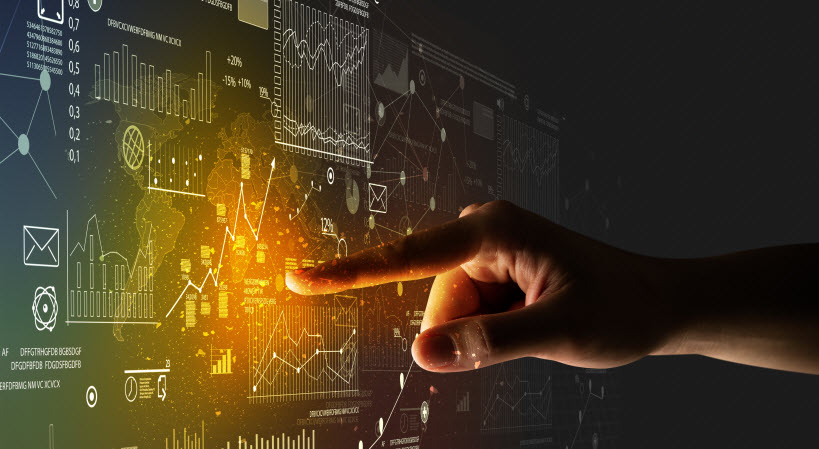 MS Power BI use is growing, quite often because it is available to end users for free via an Office 365 subscription, but how does it actually compare to an enterprise level BI suite such as SAP BusinessObjects Edge?

For the end user creating reports and dashboards in MS Power BI is very tempting because it is easily available, quick to install and simple to learn – up to a point. But what about data preparation, security, distribution and access? Let’s have a look. 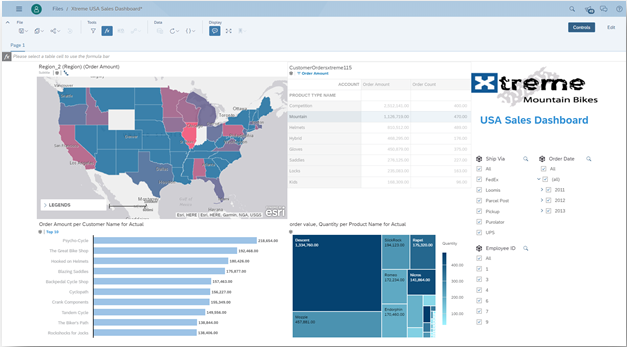 For end users MS Power BI seems almost like an extension to Excel. It is a drag and drop environment, has an easy to understand UI, is a Microsoft product so runs smoothly and has great documentation to fall back on when things get complex.

With SAP BusinessObjects (BObj) there is steeper learning curve for new users. Web Intelligence is a new environment with new formula language and new concepts to learn. It’s not difficult for business analysts, but it’s not as much of a breeze as learning a new Microsoft product can be. There are other tools in the Edge suite, such as Lumira that add even more complexity such as CSS and Javascript.

Both tools can produce either ad-hoc analysis on spreadsheets or CSV files, or can be connected to databases and multiple sources at once. Both can produce off-the-cuff, rough and ready output or highly formatted masterpieces with careful layout and pagination (though SAP BusinessObjects probably wins at operational, list-style reports, invoice production etc though its SAP Crystal Reports product).

SAP BusinessObjects has its universe concept which creates a ‘semantic layer’ or data-map that then all users can follow to achieve a single version of the truth from a centralised source. The universes are easy to produce with a little bit of database knowledge, in a gui environment. Multiple sources can be connected to at once to provide a complex data model than can be re-used over and over again.

MS Power BI has powerful tools for data modelling, both in-engine and in the add-on Power Query (which is also found in Excel). There is a UI that allows for graphical data-modelling as well as the DAX language that provides end users with very flexible control over data. New tables can be created ad-hoc, data can be mashed together and manipulated. However, except in certain circumstances, this data-modelling cannot be shared between users. It will need to be re-done for each new dashboard or report, unless you have access to the MS Power BI cloud service.

In SAP BusinessObjects Edge you can choose to have a copy of SAP BusinessObjects Data Services available to you as well. This is an easy to use data-warehousing tool that allows for extraction, transformation and loading of data on a scheduled basis. MS Power BI doesn’t yet have this kind of capability in its suite, though the SSIS package might be available to an organisation that has SQL Server databases in-house.

MS Power BI as a stand-alone tool doesn’t have a lot of data-security options built in. Any security would need to be applied at the user level by the organisation’s DBAs to control what data can be accessed via connections. It’s only when the MS Power BI service or on-premise server is added to the environment that security rules can be applied over who sees what data or access which visualisations.

SAP BusinessObjects has a configurable and reliable security system at its heart, allowing administrators to govern who accesses which content, has the ability to query which data sources and who sees what data from those.

MS Power BI is essentially a self-serve environment. Users need pro-licences to log into their service and look at and refresh dashboards and reports. If this is not employed, then it is possible to share PBIX files between desktop users but it is a very manual task.

SAP BusinessObjects allows end users to set up recurring schedules for reports, and for these to then be emailed directly to users as PDFs or spreadsheets, or sent to shared folders – negating the need for extra licences for the entire organisation. A few power users can distribute 100s or 1000s of reports with hardly any effort after the initial set up.

MS Power BI puts a lot of potential in the hand of its end users. If you have good knowledge of your databases and other sources, and can learn the DAX language, then you can achieve a lot without having to involve anyone else from IT etc. There is great scope for imaginative data manipulation and a lot of power in the one tool. It’s possible this might be too much power for some users to wield fully, or more than IT wish to grant.

I would recommend that any analyst who has felt constrained by the fact they cannot easily access their own data and let their creativity run wild try MS Power BI, and any organisation that seeks more control, robustness and ease of distribution try SAP BusinessObjects.

Posted by Keith Fisher, Senior BI Consultant on May 18th, 2021

Established in 2001, we are focused on helping you to get more value from your SAP BusinessObjects Business Intelligence investment. We encourage our team to write regular blogs so keep an eye on this page.